The countryside houses, where to find shelter during the weekends: a typically Czech phenomenon
Boom in purchases. In last two years the interest for holiday houses has almost doubled

“I can’t wait for Friday”, is an expression that we often hear as the weekend approaches, and for Czechs it has a rather different taste since here, particularly in the summer, one really switches off. Once the working hours are over, on Friday afternoon they scarper, invade the streets and flee the town’s noise and smog to take shelter for a couple of days in their country houses.

Are you already imagining a paradise in which a weekend is spent lounging about? Perhaps with the silence broken only by the rustling of leaves in the woods full of blackberries and blueberries and streams that flow between turfs? Well, you must know that you are making a big mistake.

Those who own these pretty houses find themselves running back and forth to keep everything in order: dust, paint, chopping wood, taking care of the garden or mowing the lawn of the large garden. On Sunday night they return more tired than when they left.

However, all this does not discourage the Czechs, and in recent years, a strong interest in the purchase of country houses has been very visible, being the cheapest option for weekends and resorts out of town, ideal for some of the great national passions, such as hiking or going to gather mushrooms, the do-it-yourself or cooking sausages over a fire.

There are two distinct categories of buildings: the chata and the chalupa. Born as a simple wooden hut, the chata is a kind of chalet reserved for rest and seasonal holidays. On the other hand, the chalupa is old country house, surrounded by a piece of land, which in the past served as a primary residence and only later was intended for resorts.

Large, small, old or reconstructed, the number of houses dedicated exclusively to recreation is so high that we can speak of it as a Czech specificity since 13% of Czechs have one. 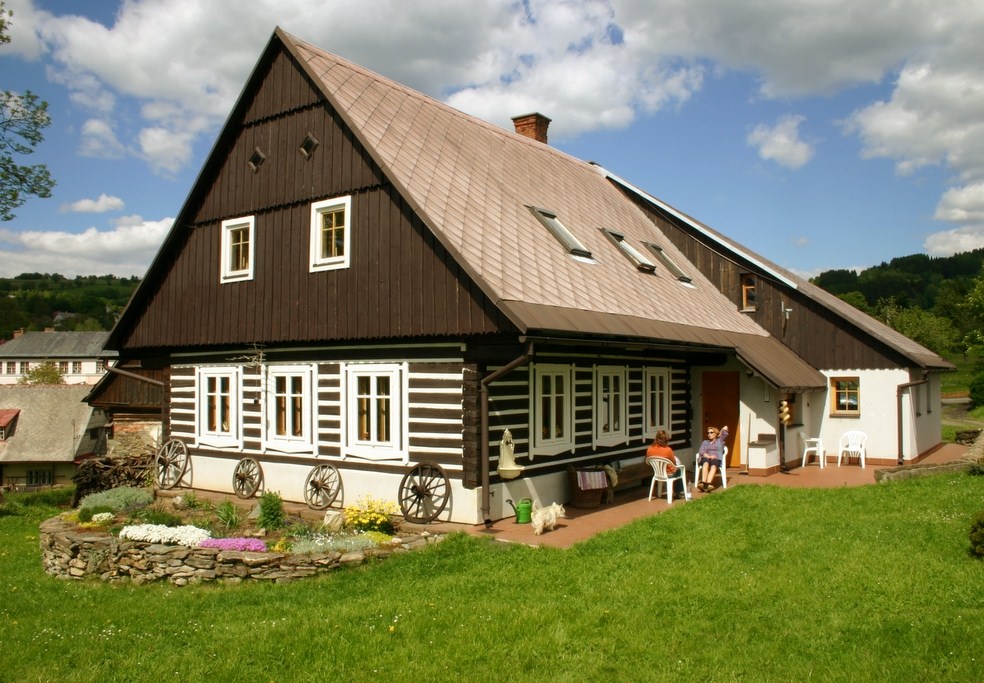 The phenomenon of the chata holiday began in the decades of the 1920s and 1930s. At the roots were the settlements of the tramp, young people following the American way of life of cowboys, were seeking adventure in the wilderness. If for today’s teens the holiday in a chata is often a family requirement, a hundred years ago their peers were the ones who built the first log cabins, with planks that functioned as bedding, and introduced the first settlements in places with landscapes reminding you of the backdrops for western films.

The chalupa holiday however, was born among the higher social classes. In the late nineteenth century the trend was typical of artists, nobles and entrepreneurs who ordered the construction of summer villas outside Prague, in the town or on the river such as Dobřichovice or Roztoky. During the First Republic the land owners were the ones who rented the rooms of their properties, but the second phase of the phenomenon occurred after the Second World War. Three million Germans were expelled from the border region of the Sudetenland, and city dwellers seized the opportunity to cheaply buy the chalupy which remained free. Those in southern Moravia were occupied immediately while those in mountain areas only in the 1960s. The new owners took great pains to rebuild the cottages, and make them look cozy. They worked and invested so much that even today those who have financial problems prefer to sell their car or family jewels than their summer house. It was also in a chalupa where the story Zločin v chalupě from the Czech writer Karel Čapek, was set. It tells the story of the young man Vondráček who murdered his stepfather František with three axe blows due to an argument about the management of the property. Yes, it is true, not the most idyllic image…

Regarding the inland areas, the socialist industrialization contributed to turning chalupy in secondary homes which forced the young people who worked in the city to move to apartments, and return to their families only on weekends. When the grandparents died, the houses were only used for vacationing. Another factor that influenced the way free time was spent was the introduction, in 1968, of Saturday as a public holiday, a day which up until then was a working day. These elements, combined with the progress of motorisation, favoured a genuine invasion of the countryside, which would become the subject of some much loved films and Tv series, like Chalupáři the 1975 comedy series. This led to the birth of clubs, specialised stores, books and magazines, as well as highly-followed TV programs dedicated to the life in chalupas, and related activities.

We arrive at the time of normalization. This type of holiday did not create particular problems for the regime. In fact, it was one of the few activities allowed. In the ‘70s and ‘80s it was in vogue because those who lived in the city, in typical Soviet apartment blocks where everyone spied on other’s windows, felt the need to bridge the lack of freedom with time outdoors; travelling was prohibited.

After 1989, with the opening of borders and the opportunity to leave the country to find unknown territory, it seemed like the time which would mark the inexorable decline of this habit. Perhaps for a while they built fewer new buildings, or they bought fewer, but people did not demolish the chalupy owned, or get rid of the habits of their lifestyle.

In 2008 in the Czech Republic a new trend took off. The economic crisis pushed the Prague residents towards the suburbs. To bring down the cost of an apartment in the city, they started to move permanently to the second house that became their main residence.

In the last few years there has been a new boom in interest for recreational homes. In the first quarter of 2016 sales were increased by 38%, according to data from the experts. The percentages are destined to rise over April-September. The costs are even around 10% lower than during the pre-crisis years, but given the growing demand, we can expect a rise quite soon. The price gap can be significant if they lack water or electricity, if the house is made of wood or brick, but varies especially according to the location. Central Bohemia is the most popular destination, where one buys about a third more, and much more is spent than in the rest of the country. If in the first three months an average of 930,000 crowns is estimated for each property, the average in Central Bohemia is 1.2 million crowns. A record example? A two floor brick newly-constructed chata, overlooking the Vltava at Hradišťko: 14 million crowns, about 518,000 euro.

The elderly seek a bucolic place to live their retirement years, but 22.5% of Czechs, mostly younger, consider the chalupa to be a fruitful investment. They rent them to families with young children who choose this alternative both because it is cheaper than a hotel, and to avoid the stress of a long journey to foreign seaside resorts, but also because they like the idea of having a new house every holiday, and visiting a different part of the country.

There are few foreign tourists interested in these solutions however, and usually those involved are middle-aged people in search of a good glass of wine in one of the many Moravian cellars, but also those planning to see the UNESCO monuments, the many castles or the caves of the Moravian Karst.

The main function of the summer houses is still to be a private retreat where to devote time to one’s hobby. Even better, if the journey remains within an hour’s travel from the primary residence. Of course, everyone has their own preferences. Mountain areas are the most popular, but in certain locations, availability is low. The surroundings of Berounka or Sázava rivers are the favorites of Prague fishing lovers. Among the classics are Bohemian Paradise, the Mountains of Krkonoše, and the Šumava. The region that arouses the least interest is that of Karlovy Vary. The inhabitants of Brno move to the Vranov dam while Brno’s is also much sought after as a summer seaside and fishing resort, and in winter for cross-country skiing and ice skating. The South Moravians choose the hills of Vysočina where the company Tradiční Chalupy is also located. It specializes in building their country cottages on the model of Bohemian rustic houses of the past centuries, with the old-style paving, a well, a tiled stove and wooden beams.

For the Czechs restructuring properties seemingly beyond repair, is a source of pride. Some have converted falling stone houses into comfortable chalets with furniture with an old flavour. Even the “House of Čapek brothers”, built in 1938, is being reconstructed due to the desire of the aforementioned writer who wanted to create a meeting and resting place for the writers of the Czech Pen Club, but he died before seeing it finished. Then there are striking stories such as that of the Brno entrepreneur Miloš Staněk who turned a former school into the villa of his dreams, or designer Jitka Kolaříková who took ten years to rebuild an eighteenth century mill inherited from her parents. Havens of peace located in the middle of nature, in the magical countryside so typical of this country. 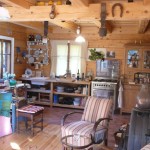 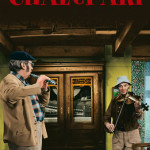 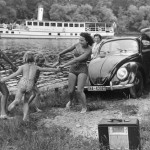