The film “Il Boemo”, a Czech, Italian and Slovak production, tells the story of the life of the composer Josef Mysliveček (Il Divino Boemo, 1737-1781) and especially his career, which took place almost entirely in Italy. The film, starring Vojtěch Dyk and directed by Petr Václav, was shot in various Italian cities, as well as in the Czech Republic. The film will have its world premiere at the San Sebastián International Film Festival in Spain between 16 and 24 September, and will be shown in Czech cinemas from 20 October. The following day, an exhibition dedicated to the musician will be inaugurated at the Palais Clam-Gallas in Prague, which will also present the costumes used for the filming and full and mostly cut footage of the performance of the arias. 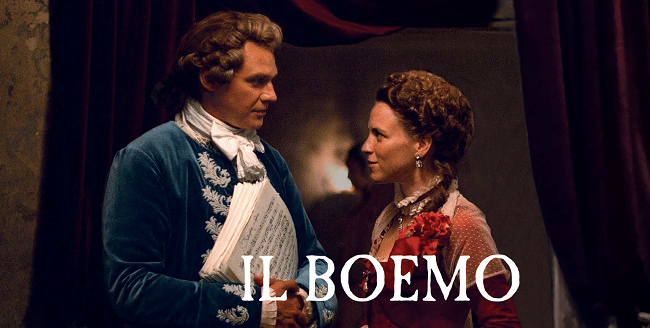