Home  »  Prague and surroundings   »   The Genius loci of Nový Svět

The Genius loci of Nový Svět

That little world of the past, just few steps from the Prague Castle

It’s called the “New World”, a name apparently in contrast with this really ancient small area, located a few steps away from the Prague Castle, in the district of Hradčany.

There is much more to Nový Svět than a long cobblestone road and a few alleys, narrowing between old walls and a few low houses that are less impressive than the magnificent baroque buildings not far away. The Černín Palace, with its large garden protected by walls, the Church of Loreta and the Capuchin Monastery that rise in the vicinity, are certainly more famous and attract more groups of tourists that most often don’t go beyond Loretánské náměstí. Yet, the Nový Svět street is one of the most evocative and enchanting places in Prague, so much as, due to its characteristics, it was called without hesitation the Praguian Montmartre.

Despite its name, this place evokes the ambiance of a bygone era that enfolds this part of the city in a completely different dimension from the rest of Prague. Up until the mid-1980s, its streetlights were still gas-powered, and were the last ones to be replaced by modern electric lights. Who has never walked immersed in the stillness of this place, during the warm summer evenings or under the silently falling snow in winter nights, cannot truly say they rejoiced completely at the magic that the Bohemian capital is able to offer to its visitors and inhabitants. 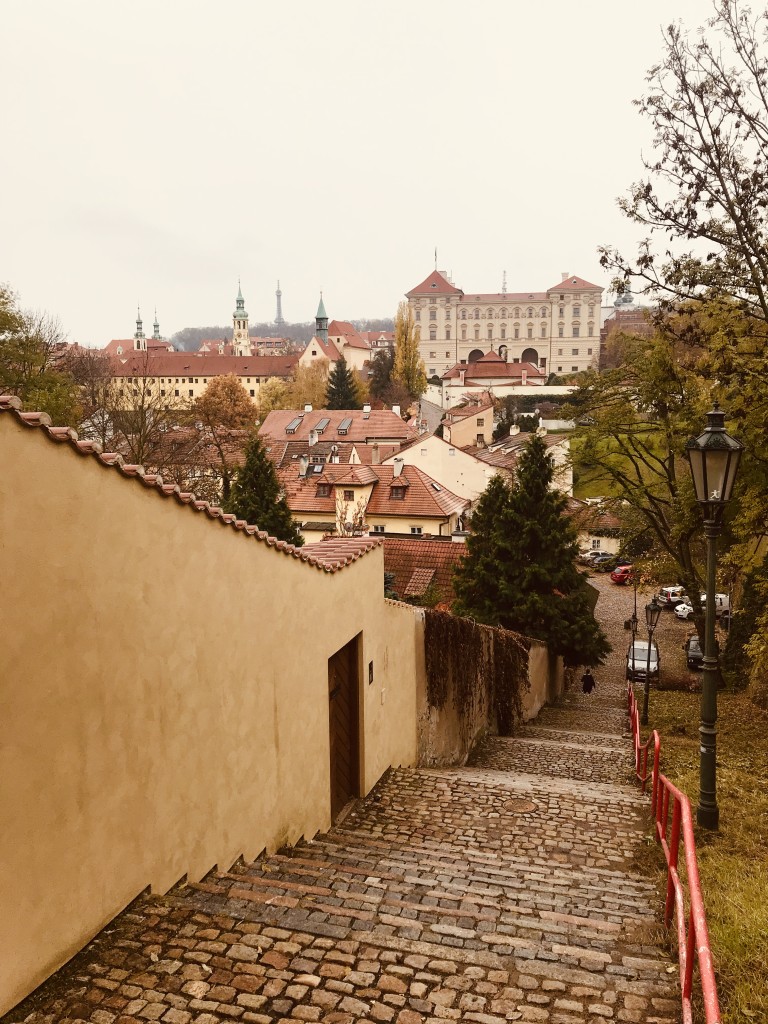 The origins of Nový Svět go back to the first half of the fourteenth century, when it was built and subsequently integrated within the city walls as a suburb of Hradčany, and designed to lodge the staff employed in the Castle. The name originates in the fact that, at that time, it was located just outside the perimeter of Hradčany and represented, in fact, a new space of urban expansion. Over the centuries, the ancient suburb had been destroyed several times by fires and its current appearance dates back to the seventeenth century. During its existence, this area of the city has known both good and bad times. If in the first period its inhabitants were close to the life and dynamics of the court, during the years of the First Republic and for a long time after, the houses were occupied by people from less wealthy classes, so much that Angelo Maria Ripellino, in his “Magic Prague” (1973), defines them as “tiny flophouses of the New World, which pile up one over the other”.

Here lived Jan Zrzavý, a Bohemian painter, illustrator and graphic artist who was a leading member of the Czech and European modernist movement at the beginning of the twentieth century. Later, it also lodged writers and friends like Ota Pavel and Arnošt Lustig. Conversely to Ripellino’s description, the well-kept houses of this neighborhood are now inhabited by famous artists, directors, celebrities or have been transformed into cozy accommodations designed for tourists thus reviving, eventually, the splendor of the distant past. Nový Svět was the home of the Czech director and screenwriter Karel Kachyňa and other famous names among which the surrealist director and artist Jan Švankmajer, the painter Jiří Anderle and the artist and former director of the National Gallery, Milan Knížák. In brief, between the past and the present, an extraordinary number of characters have lived on a segment of about 200 meters. Therefore, by keeping the right proportions and slightly exaggerating, it would be appropriate to say that Montmartre is the Parisian Nový Svět, rather than the New World being the Praguian Montmartre. But the associations of this street that begins at the meeting point of U Brusnice and Kanovnická streets have very ancient origins. Already in the sixteenth century, the house “U Zlatého noha” (The Golden leg), also called “U Zlatého gryfa” (The Golden Griffon), at number 76/1, the first building we encounter, was the temporary Praguian residence of Tycho Brahe, a Danish astronomer and astrologer of the Emperor Rudolf II of Habsburg. And, perhaps this is not surprising, given that Nový Svět is considered by many people the true “Golden Lane” of Hradčany, due to the high number of house signs where the word “gold” accompanied the name of the house itself. In fact, continuing along the same path, in addition to the Golden Griffon we find the “Golden Pear” and further on the “Golden Star”, “The Golden Lamb”, the “Golden Plow”… Names that were given by the ancient owners to ennoble, perhaps, this suburb of minor importance compared to the rest of the adjacent area to the Castle. But there are also some seeing the New World as a place, and certainly not a unique one in Prague, most infused with mystery and hidden fascination. It was the case of the esotericist Gustav Meyrink who placed one of his most famous novels, “The Walpurgis Night”, precisely in this neighborhood. Here, in the “alley that surrounds the Hirschgraben”, lived the mysterious actor Zrcadlo and the bohemian ex-prostitute Lizzie. To describe it, another character in the book points with his finger towards the sky and traces with his arm a spiral in the air, as if in reality, the New World would be “one of those inaccessible places, in a land so to say sidereal, suspended between earth and sky”. And, the feeling of being on another side of Prague, and the sense of alienation that derives from it are still very strong even nowadays. Close to Hirschgraben, the German name for the Deer Moat, on Kanovnická street, there was once the ancient entrance to the suburb that delimited it, partly isolating it from the rest of Hradčany: an access point that was demolished in 1890.

Although it had to adapt to the needs of tourism and modernity, the alleys and dimly lit streets of the small neighborhood are still keeping a discreet character and offer to their visitors a space to slow down and sink in all the sights and sensations. Even the existing few restaurants and cafes haven’t distorted the nature of this oasis of peace with its romantic views and picturesque cottages that once were holding the ropes to lay out the laundry to dry, a custom that in the imagination of the locals brought the New World close to the typical streets of Italian lands.

Due to its characteristics, it is easy to often find here casting crews shooting movie scenes set in ancient Prague. Still in the fiction area, it’s particularly fascinating to watch the Shakespearian theatrical performances held in the summer venue of the Ungelt Theater. The access is from the main road among the ancient walls of this tiny neighborhood that many remember, and maybe rightfully, as the most impressive area in Prague. 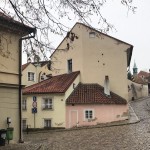 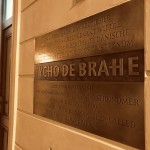