Home  »  Politics   »   Do I regret being pro-European? No, but Klaus deserves respect

Do I regret being pro-European? No, but Klaus deserves respect

Interview with Giorgio Radicati, former Embassador of Italy in Prague, on the Czech leader of Euroscepticism
The lack of trust from the Czechs towards the EU is undeniable, but it is far-fetched to talk of a “Czexit”…

“As a boy, I drank from the fountain of Europeanism. I was born during the war and thus belong to a generation that had first-hand experience of the deepest ideological motivations that led to the birth of the Union. Essential figures in my formation were names such as Alcide De Gasperi and Gualtiero Spinelli. Throughout my diplomatic career and having travelled across the world I firmly believed in a united Europe. But of course, after what has happened in the last ten years I think, and there are many like me, that the European integration mechanisms are to be reviewed and corrected”.

This is the introduction by Giorgio Radicati, the former Italian ambassador in the Czech Republic, from 2003 to the end of 2006, whom we met in March following the publication of his latest book, “Europe yes, no Europe. Euroscepticism was born in Prague”.

The book tells the birth, “in unsuspicious times, because back then the economic crisis was yet to arrive”, of the Czech eurosceptic movement, and particularly of the role played ever since by Václav Klaus, who took office at the Castle in 2003, a fierce opponent of the integration process.

“This book of mine is intended as an act of honesty, and respect due towards a man like Klaus, who at the time, was isolated from the point of view of international politics, and that, despite all the criticism, keeps saying the same things he was saying back then. He never changed one iota, indeed if anything he has reinforced these views. The difference is that today many people actually agree with him”. 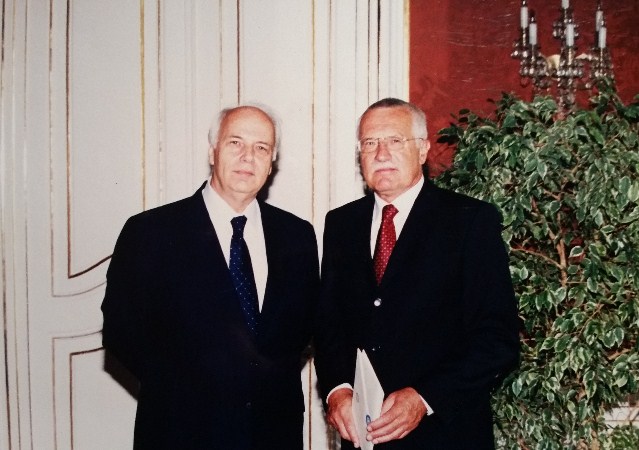 What do you remember of the Klaus of that period?

The character we know. He is a man who believes in himself, with a tendency of self-reference, of sarcasm. I can say I experienced at first hand, in those years, the climate of conflict that had been created between the Castle and the diplomatic communities of European countries. In the meetings that we EU ambassadors had with him periodically, and in which we were reflecting on the pro-European positions of our European chancelleries, there was no lack of tense moments, and I have to say that Klaus, alone against all, did not use half-measures when expressing his opinions to us. Other than that, he is also a person with whom you will have an intelligent conversation, interesting and very bright. On the jazz evenings he organized at the Castle which he never failed to invite me to, it was always a pleasure to meet and talk to him.

Do you not think that Klaus, overshadowed internationally by Václav Havel, took that Eurosceptic path also to distinguish himself from his historical rival?

While admitting the strong Klaus ego, I do not think that we can reduce his anti-European campaign to the simple desire to carve out a role and stand out from his predecessor. If we stay with the facts, what Klaus has repeatedly said and written, his Eurosceptic position comes from purely economic considerations, after all he is an economist in background. And perhaps these considerations were what pushed him to believe that it was not in the best interests of the Czech Republic to be part of an integrated European community, capable of drawing up rules in the fields of trade, fiscal and monetary policies. But Klaus has always also said more, namely that it was not in the interest of the other countries of Europe either.

Havel, the intellectual and man of culture, against the economist Klaus. Is it possible that this difference also explains their contrast towards the EU?

In all likelihood, yes. Havel was a man who conceived the end of the communist regime and the advent of democracy almost like a new cultural construction. The country in his eyes, with the expulsion of the Communists, welcomed back the European cultural vocation dating back to centuries before, that had peaked in development in the fabulous decades of the First Czechoslovak Republic. A period in which the newly formed Czechoslovakia showed the world the evolution that was it able to achieve, in the fields of literature, painting, art, photography, film and more. Havel, a man of culture, was fascinated by the idea of Europe and its union. Klaus on the other hand, with his economic formation, was rather frightened by this new supranational entity and the practical consequences that would ensue.

Remaining with the economic aspect however, it seems rash to claim that the Czech Republic has not benefited from these 13 years in the EU. Only with regard to 2015, the balance between what Prague has paid to the EU and how much it has earned, was almost six billion euros.

The answer could be yes if you slavishly list the numerical values of what has been given and what has been received, but I do not think that working in this way can provide the best answer. Klaus says that the advantage cannot be defined. I personally think that there are invisible items which cannot be represented by simple numbers, but that have a significant impact on the numbers themselves. And speaking of economic issues, it seems simplistic to argue that the existence of the EU has saved many member countries from the crisis that erupted in the US in 2008. The crisis in the European countries actually already existed in the US, as Klaus himself underlined in a conversation we had on the eve of the publication of my book, and I quote in the preface. It is quite true that the American crisis may have exposed the European crisis.

The Prime Minister Bohuslav Sobotka, recently on a visit to Bavaria, visited the palace where the Munich agreement was signed and said. “The EU can be criticized for many reasons, but it is a guarantee that what happened in this place in 1938 will never be repeated again in Europe”.

This is a reference to the state of peace that Europe has enjoyed for 60 years and that clearly is opposed to the conflicts which, over the past century, the peoples of the Old Continent have been committed in. Clearly it is a shared observation. But we can also look at it from a different angle: today we see regional conflicts, which the EU, perhaps due to a lack of a common policy, is unable to influence. And within the EU there are countries, such as Britain and France, that assume the leadership of non-shared and sometimes even opposed initiatives. What happened with Gaddafi’s Libya makes up an example.

Today Britain is on the verge of a referendum on staying in the EU. A potential Brexit could trigger a domino effect in Europe and some observers even speak of the risk of a Czexit, given the record level of mistrust towards the EU, which is recorded in Prague.

I do not see any connection, in this case, between Britain and the Czech Republic, and in any case, I consider a British exit from the EU as unlikely. London will continue to maintain its traditional status as a “special member of the EU”, and of course it will tightly hold on to its pound.

As to the lack of trust from the Czechs towards the EU, it is undeniable that it exists, but it is far-fetched to talk of a Czexit. Allow me to make a joke: many wives do not trust in their husbands, but that does not mean they are ready to file for a divorce. 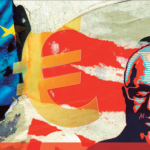 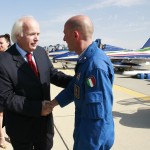 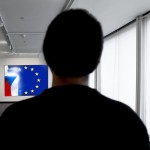