Home  »  Prague and surroundings   »   Russia is part of my life, but now I help Ukraine defend itself

Russia is part of my life, but now I help Ukraine defend itself

Interview with Kateřina Haring, President of the Czech-Moravian Association of Women Entrepreneurs and founder of the European Defence Readiness Chamber 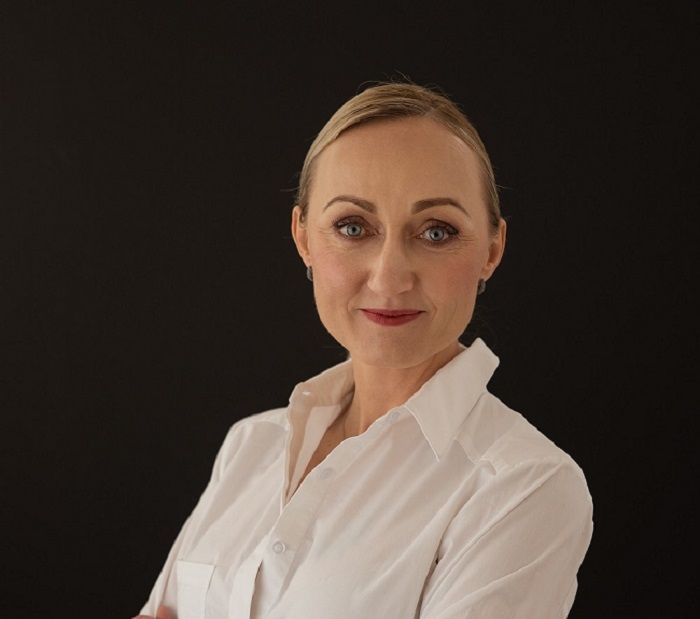 Speaking in this interview is a Czech businesswoman who knows Russia not by hearsay. Having moved to Moscow just after high school, following her father who represented the interests of the Tatra group in that country in the early 1990s, Kateřina Haring graduated in Russia, specialising in international economic relations. Then, still in Moscow, she was in the service of the Embassy of the Czech Republic, where for a few years she dealt with trade missions and Czech companies operating in Russia at that time. Then the leap into private business, with the foundation of Dynamic Group, a company specialising in the organisation of trade fair stands, especially in the defence and security sector, an activity that allowed her to travel the world and come into contact with a number of military industry giants.

In the meantime, an intense activity in business associationism, which led her to the position of president of the Czech-Moravian Association of Women Entrepreneurs and Managers, as well as vice-president of the FCEM (Femmes Chefs d’Entreprises Mondiales), an association that counts thousands of women entrepreneurs in 50 countries on five continents.

Last year – also on the strength of contacts built up over years of work and perhaps also sensing the winds of war that were beginning to blow near NATO’s eastern border – she founded the European Defence Readiness Chamber (EDRCh), an association of companies interested in developing – in her words – ‘common projects, also focused on the defence capability of our countries, primarily the Czech Republic, Slovakia and Ukraine’. And it is precisely to the EDRCh that we dedicate our interview.

How was the idea of establishing EDRCh born, especially when very few could predict the Russian invasion of Ukraine?

This is the result of many years of friendship and cooperation, when we observed the need to create a common space of cooperation between Ukraine, Slovakia and the Czech Republic, neighboring states, with good relations at economic, political and cultural levels. I started seeing projects that were involving the common interests of these countries but then again not so large as to create interest at a government level. So, I started talking to friends from these countries and I understood the desire to create common projects, also centered on our countries’ ability to defend ourselves.

Then, in February, the Russian attack on Ukraine…

Yes, it was an event that in reality very few considered being possible. The importance of such a structure was understood only at this point. It was like the ugly duckling transforming into a beautiful swan. Suddenly, doors were opening everywhere for us, even if last year, immediately after creation, someone told us that EDRCh was useless. Immediately after the invasion, there was a strong interest from Ukraine to cooperate in the supply of various materials, humanitarian and military.

How does the EDRCh work and what does it feel like, also as a woman, to be managing a structure of this kind?

We are all persons driven by great enthusiasm and we divide the tasks based on skills and the preferences of each one of us. Personally, I was truly surprised by the fact that, although the team is made for the most part by men, they accepted that I was managing the EDRCh. Even though I had the opportunity to meet the defense industry a little in the past, but from a different angle, I do not pretend to be an expert on the subject. However, there are people in our team who deal directly with the supply of goods, while I dedicate myself to the negotiations that define collaborations and deliveries. The operations and processes are supervised to make sure everything is in order. At the beginning, I was dealing as well with the details of the supply operations of our members and partners. But now these details are being managed by my colleagues. The team, as it was formed and came together, works naturally and with great enthusiasm. In addition, at an international level, we are able to manage many things very efficiently and quickly even if almost all team members reside in different countries. It’s a harmony that is the result of an immense understanding among our countries.

What results have you obtained in these months of activity?

I can say that, together with the entire team of people involved in the activity of the Chamber, we managed to guarantee orders for over six billion Czech crowns, about 250 million dollars, and to deliver humanitarian aid in various areas of Ukraine for about 5 million dollars.

We know that the EDRCh is active in the security area. Do you only deal with companies in the arms industry? And with which Ukrainian agencies and institutions are you collaborating?

Safety includes various aspects, not only the arms or defense sectors, which is probably the most visible. It also includes cybersecurity, energy and the related sectors. As far as our Ukrainian counterparts are concerned, we collaborate directly with the Ministry of Defense and with the Agency for procurement and strategic supplies.

Earlier you spoke of the humanitarian aid that you insure through a foundation that you created. Could you tell us something about this side of your activity?

This – as well- is the result of the great enthusiasm and the incredible harmony we work with and of the speed with which we can satisfy requests and needs. Since the beginning of the conflict, we have been managing the supply of medicines, food, hygiene and other essential goods that we have delivered in different areas of Ukraine.  We work with volunteers and we have the advantage of having direct contact with the Ukrainian regions, so we have first-hand information about what they need. During the first months, we helped to deliver humanitarian aid also from countries such as Italy and Spain, for which Ukraine is further away and which see in us, due to our contacts, a good opportunity and the possibility of getting their help to those who really need it.

We know that Russia was an important part of your life. You lived there for many years, attended the University, worked in the Czech Embassy in Moscow and subsequently undertook an entrepreneurial activity. What did the news of the outbreak of the war between Russia and Ukraine meant for you?

I felt betrayed. I felt a great sense of disappointment and disillusionment.  It took me a long time to mentally accept what had happened.

What developments do you expect in Russia and do you think that one day you will be able to go back to work there?

I think that the longer the conflict lasts, the more Russia will move further away from Europe and as long as the current regime will remain in power in Russia, I’m afraid that the relations on all levels will not improve. However, until now, the majority of the common Russians are supporting Vladimir Vladimirovich Putin because in the twenty years in which he has been in power he has transmitted to his people a great sense of national pride and confidence that they have not known before. In the 90s, the Russians were ashamed of their country, but the situation changed with the arrival of VVP (the abbreviation used for his name in Russia). I’m afraid that by the time it will be possible for Europe to cooperate with Russia, the Russian raw materials will have already been found under the control of Chinese or even Asian companies.

What is your opinion on how the Czech state and the common citizens are responding to the refugee crisis? Do you think this solidarity is strong enough to resist during the coming months which will probably prove to be very difficult?

The Czechs are ready to take situations of this type to heart and to help, as it happened even when the pandemic started. However, this solidarity tends to decrease over time, as it happened with Covid and now with the Ukrainian refugees as well. I’m also talking from personal experience, because when I tried to rent a house for my Ukrainian friends in the city where I live, I found myself confronted with answers such as: “But we don’t want strangers”. I think people here are afraid of the unknown, to be deceived, because in the past they had negative experiences. Even the language barrier plays a very important role.

However, as an entrepreneur, I believe that this situation is also an opportunity for the Czech Republic, because many valid and qualified people are coming from Ukraine, which can be positive for our labor market, in all sectors. I am very happy, for example, that the hiring system of the Ukrainian workers has been simplified. Now they have the status of people who do not need a special work permit. Previously, when I wanted to hire people from non-European countries, I had to publish an announcement for six months in the employment office in which I stated I was looking for a person with certain qualifications; only when nobody from the Czech Republic showed interest, could I offer a foreigner that job. 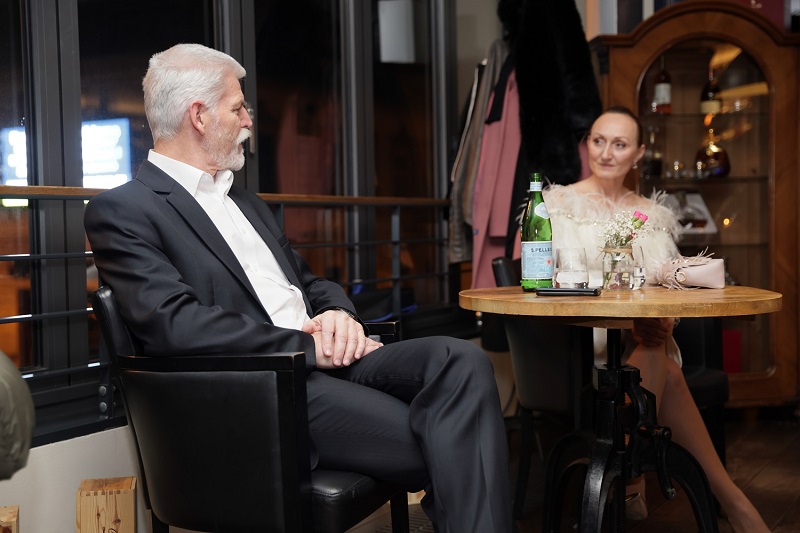 Kateřina Haring moderates a meeting of General Petr Pavel, candidate in the upcoming presidential elections, with the Czech- Moravian Association of Women Entrepreneurs and Managers (Čmapm)