Czech Republic has appealed to the European Court of Justice against the restrictive directive and launches a constitutional reform. For the Czech authorities, the EU Directive is punitive and does not sustain the fight against terrorism

The citizens’ security, the increasingly frequent terrorist attacks and the need to defend the population are the main highlights in international debates and therefore in Czech Republic as well, especially now that the October political elections are approaching. Many populist parties in Europe committed to topics above that could become the leading light in the upcoming Czech election campaign, even though no such attacks have been reported in the country and the alert levels have not been raised recently. Not even the dreaded arrival of migrants (because of the highly controversial quotas requested by Brussels) has modified de facto the degree of security established by Prague on possible attacks.

In this case, the ability to defend oneself, to face the fear and the freedom to own a weapon – a right taken for granted in Czech Republic – is the core of Prague-EU quarrel.

The debate arose from constitutional reform, approved by the Lower House of the Czech Parliament, which allows citizens to defend themselves with weapons in the event of a terrorist attack. This legislation is highly supported by the Social Democrat Interior Minister, Milan Chovanec, who is confronting the European law that limits the possession of weapons. Prague has already appealed against it in the European Court of Justice in order to stem the restrictions imposed by Brussels. However, it is not granted that the initiative would reach an outcome.

Let us see the unfolding of events. Following the EU’s green light on the Firearms Directive, Chovanec announced his intention to propose an amendment to the Constitution because “the recent terrorist attacks in Europe and in the rest of the world have increased citizens’ concerns on safety”.

According to the available information, about 300,000 Czech citizens, out of 10.5 million, have a license for carrying one or more weapons, considering that 800,000 firearms are registered in the country, including semi-automatic guns. In 2005, there were just about over 600,000 of them.

According to the Minister of Interior, “more and more Czechs are getting their firearm license and the situation might worsen in the months to come”, without a proper regulation of the matter. The shooting ranges indicate that customers have tripled compared to a few years ago.

While in the past they used to buy weapons mostly for sport purposes or hunting, now the tendency is to arm themselves for personal defense. The main concern is that the arrival of migrants can affect the citizens’ security and encourage terrorist activities. There do not seem to be other reasons that would explain this firearm ownership race for personal defense, considering that statistics show a strong decline of property and personal crimes in the last years. 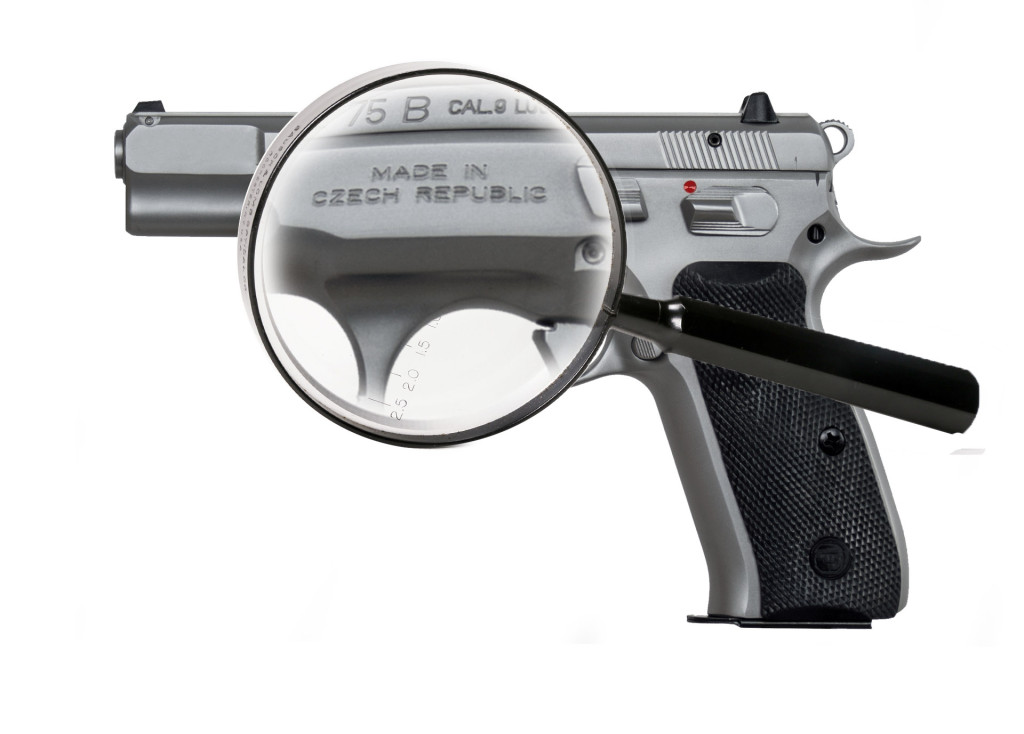 The amendment of the constitution, voted in majority in the Parliament concerns only Czech nationals and not those who reside in the country and allows the legal use of weapons in case of a threat to national security. However, the amendment might encounter opposition in the Senate. Milan Štěch, president of Senate, a Social Democrat just like Chovanec, stated to have doubts on the reform, similarly to the former Minister for Human Rights, Jiří Dienstbier, who openly opposes it. Members of the Constitutional Commission of the Senate charged with the preliminary examination of the proposal for constitutional amendment, start showing the same doubts as the Ministry of Defense, the civil branch of the secret services, as well as the President of the Constitutional Court, Pavel Rychetský. He stressed that Czech Republic would become the only European country with such a constitutional regulation.

Aiming to defend this long-standing Czech right and guarantee it in times of terrorism, Prague appealed to the European Court of Justice against the new European directive which imposes restrictions on firearm possession. The EU directive’s main objective is to prevent terrorists present on European territory from getting easy access to weapons, but for Czech authorities, the legislation threatens the gun holders with a weapon license and the hunters. “We do not want to disarm our citizens in a time when the security in Europe is getting worse”, Chovanec said in front of MEPs and Senators. “Show me a single terrorist attack committed with a legally held weapon”.

A point of view strenuously defended despite the fact that Czech Republic does not register any recent terrorist attacks. Nevertheless, many Czechs use their weapons to hunt, especially in rural areas. The liberal tradition on this topic is ancient. Perhaps this is the reason why the directive created so much controversy. It was approved in December last year and ratified by the interior ministers four months later despite the decline of Prague, Luxembourg and Warsaw.

In Czech Republic, in addition to the already mentioned security issue, the general outcry against the European restrictions came from the firearm owners’ associations or hunters who complain about the prohibition of short and medium range semi-automatic weapon possession. Moreover, criticisms also aim at the possibility that these restrictions could create a genuine black market for weapons, which would have the exact opposite result as intended by the directive that focuses on traceability and control.

“We have been addressing the European Court of Justice requesting this directive to be removed, postponed or that in some states, first of all in Czech Republic, an exemption could be granted on the grounds that it is discriminatory. Unfortunately, there is no outcome in this sense but it would be highly desired to receive a verdict before it came into force”, explained Chovanec, defining Brussels decision as “unacceptable” and “punitive”.

The Czech lands, on the other hand, have a historical confidence in weapons. Suffice to say that even the word pistol would originate from “píšťala”, an archaic type of firearm used in these parts in the 15th century during the Hussite wars.

The EU directive came into force on June 13th but member states have 15 months to implement it in their legislation. The current legislation provides that in Czech Republic one may legally own a weapon if having a clean criminal record, a “reliable behavior”, a good health and has passed the theoretical and practical tests. Czech law, being among the most permissive in Europe, also allows 240,000 license holders to wear hidden weapons for defense purposes. This is a right that Czechs do not want to give up, especially because of an imposed legislation. In addition, to curb this restrictive deviation, Prague is using its strongest weapon, reforming the constitution, and opening therefore a new chapter of dissension with Brussels.