Prague stirs the forge of Hephaestus

A boom in spending on Defence and a budget for armaments with nine zeroes. Minister Martin Stropnický talks about it in an interview

On one hand, there are the demands of NATO to its allies for efficient and modern armies, and on the other the increase in international terrorist threats, in addition to the pressure from manufacturers of weapons and means of defence to increase military spending, and finally, the need for modernization of Czech military equipment, almost limited to Soviet manufacture.

These are the sides of a perfect square in which the rearmament strategy announced by Defence Minister Martin Stropnický has been inserted, the most impressive in the history of the Czech Republic, which foresees an expenditure of 460 billion crowns (about 17 billion euros) in the next 10 years.

“In the Czech Republic, we are well aware of the fact that the global security situation has sharply deteriorated in recent years, and that the country’s security is inseparable from that of the Euro-Atlantic zone”, explained the Minister in an interview given to Progetto Repubblica Ceca. “These developments have not resulted in any corresponding reaction from the sector of the Czech Defense: the percentage of GDP invested in this sector declined steadily from 2009 to 2014. The government of which I am a member as a minister, is the first that has started a gradual increase in spending for the Defence to reach 1.4% of GDP in 2020”, stressed Stropnický. “Since 2015, we have recorded a recommencement of growth in funds allocated, with a significant increase of 10% this year alone. The percentage should be maintained in the years to come”. 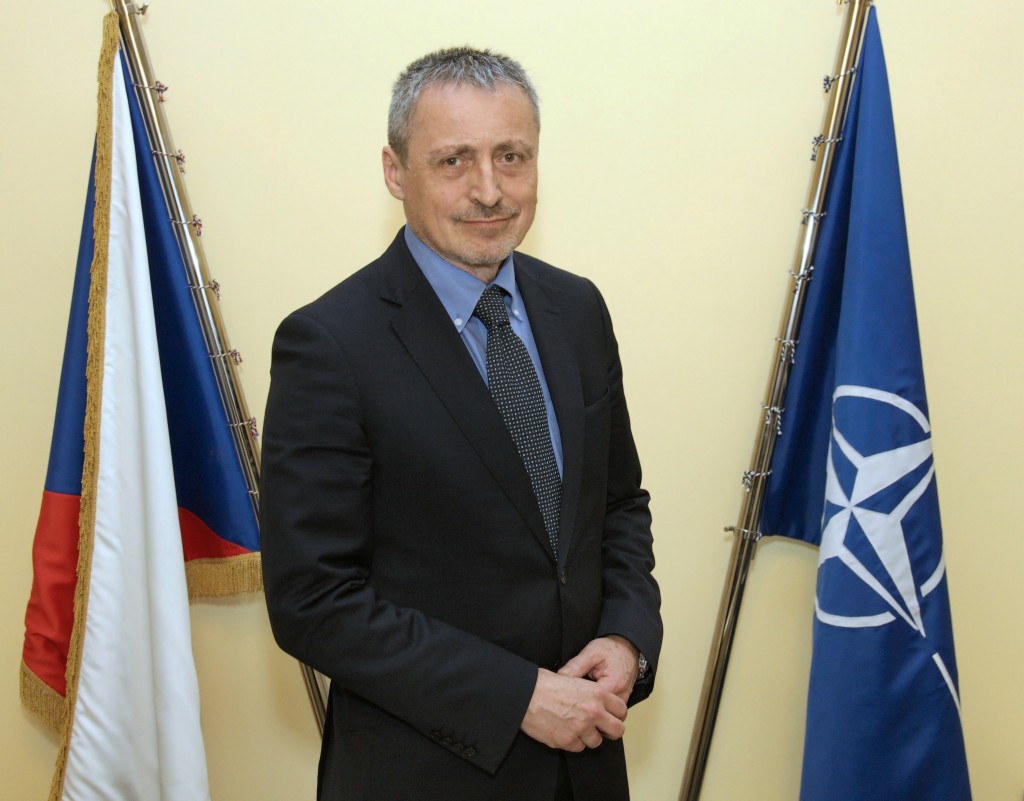 The goal of the ambitious program is primarily to erase the traces and the reliance on outdated weapons dating even back to the Soviet production. To achieve the goal, “besides increased spending, we will have to significantly raise levels of staff, both in the Czech Armed Forces and among the active reservists. The goal is to increase the staff from the 22,000 who are active today to 27,000 and the reservists from 1,500 to 5,000”. In addition, according to the minister they are more than realistic numbers because the interest in enrollment among young people is very high: “We have reached 100% of the recruitment targets and for example, we recorded 2,000 new recruits” in 2016, the maximum threshold for this year.

“Our main objective in the near future is to recruit and stabilize the military personnel, and ensure that key modernization projects in support of the ground forces and the Air Force are completed, while making the necessary investments in defence infrastructures. In recent years, a debt of enormous postponed investments has accumulated, which we seek to progressively manage”, explained the minister. If the area of the increase in military personnel and the actual forces is crucial, the biggest game is that of spending on weaponry. According to the program of the Ministry, the spending for this sector was 43.8 billion crowns in 2015 (EUR 1.6 billion), it will be 47.8 in 2016 (1.76 billion euros), 52.5 billion crowns in 2017 (1.9 billion euros), eventually reaching 63 billion in 2019 (2.3 billion euros). Completely respectable figures for a country, which after the decline of its military industries following the fall of the Berlin Wall, recorded a growth in exports of weapons and material of military use in 2015, amounting to 15.13 billion crowns (566 million euro), compared to 11.77 billion in 2014 (435 million euros).

It is indeed the rampant Czech companies, which the ministry looks at with particular interest. “The cooperation and relations with the local defence industry are at the highest levels ever. There is a real communication and sharing of information between the Ministry and representatives of the defense and security”, confirmed Stropnický. “We recently presented our main acquisition objectives to our partners of the specialized Czech industries in the defence sector” and in this perspective “we are interested in a strong involvement of Czech suppliers, for whom it is essential to create a manufacturing capacity for rapid delivery if necessary for times of crisis or national emergencies”.

So these are the specific areas, where the ministry will have to spend, and what the domestic and foreign partners to conclude Prague business in the coming years will be. Regarding the ground forces, too long neglected according to Stropnický, investments have to be made on armoured vehicles, off-road transport and helicopters. On the first front, Zetor Engineering of Brno appears to have the credentials, and they are developing modern military armored IFV Wolfdog vehicles. These could replace the existing and by now outdated BVP-2 amphibian models in the coming years, having been inserted into the tender for 200 new armored vehicles worth 50 billion crowns (1.8 billion euros) each. The Ministry of Defence may also buy a set of tanks to replace the Soviet manufactured T-72s in 2025. In this case, however, the choice should fall on the German Leopards. In addition, the ministry is planning an order of twenty billion crowns (720 million euros) to buy 300 armored Titus 6X6 vehicles, produced by the Tatra of Jaroslav Strnad alongside the French Nexter. The supplies should be provided in the five year period 2019-2023, in several installments.

Huge numbers to which we can add further expenses for helicopters. In this case, Italy also enters the game with the Agusta Westland AW139 helicopters, which recently seem to be favourites again in the billion dollar race. According to rumours, the Italian helicopters would have regained their place because the UH-1Y Venoms from the American company Bell Helicopters would not be fully in line with the required parameters.

The sectors of expenditure are truly countless, from the need for bulletproof vests for soldiers in Afghanistan, to the acquisition of sniper rifles. Meanwhile, the governments of France, Israel and Sweden have submitted tenders for the supply of eight new 3D radar MADRs (Mobile Air Defence Radar) to the Czech Ministry, an operation of 3.6 billion crowns (133 million euros). The Czech Defence wants to make a final choice by the end of year. Last but not least, the project for a new missile system, which replaces the now obsolete anti-aircraft 2K12 Ku. An operation that according to experts, could require the spending of tens of billions of crowns. Five producers have already been surveyed, including MBDS, EADS and Raytheon. One of the arguments in support of this operation is the need to defend nuclear sites, in case of attack.

These are the numbers that should enable Prague to meet requests for spending on Defence that NATO has made to its members, amounting to 2% of GDP. Another front that could give the industry more momentum is that of the common European defence. The EU, according to Prime Minister Bohuslav Sobotka, cannot do without a common army, and the current development of the situation in Europe shows how important membership in NATO and the EU is. A stance confirmed by the Minister of Defence: “If the European area should be stable and economically prosperous, the Czech armed forces should contribute as much as possible to build a common defence in NATO and the EU. The EU member states should invest more in Defence and try to strengthen their military capabilities. This effort should remain nevertheless complementary to the activities of NATO to avoid duplication. For the Czech Republic”, concluded the Minister, “the active participation in the NATO collective defense system that rests on strong transatlantic relationship remains central”. 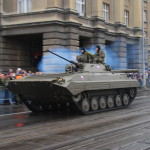