Home  »  Art and culture   »   Toyen, a surrealist revolution from Prague to Paris

Toyen, a surrealist revolution from Prague to Paris 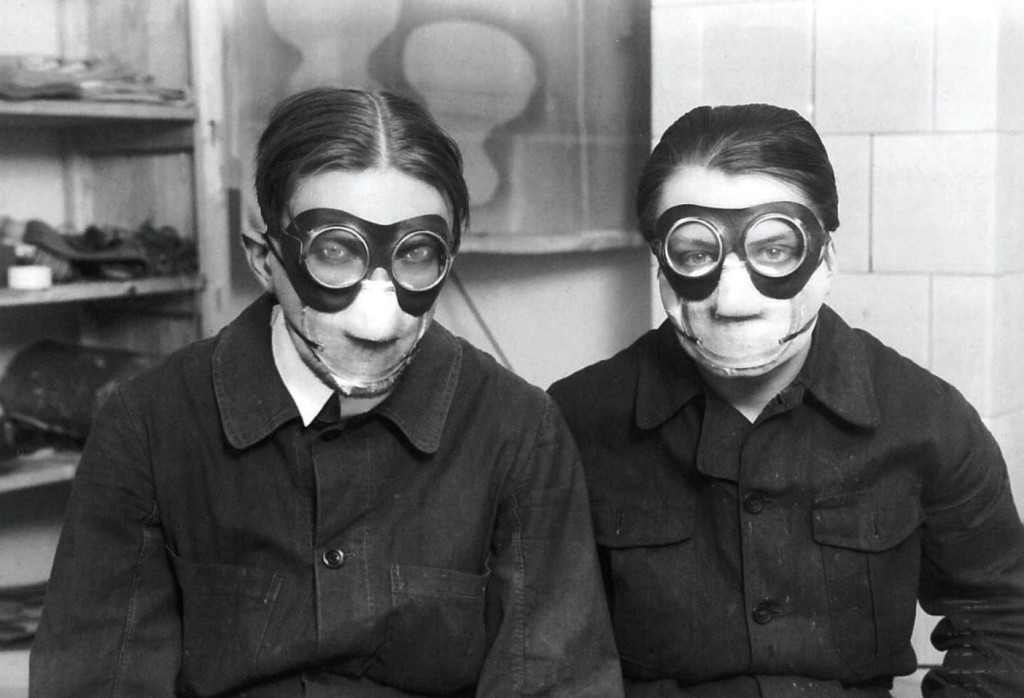 A white kitchen chair, four teaspoons, and a few other bits and pieces. Poor objects scattered among abandoned drawings and paintings. It was the sad inventory drawn up by a notary in the last home of Marie Čermínová, aka Toyen, who died in Paris in 1980, on the verge of poverty, and almost forgotten. It was the common destiny of many visionary artists, to live more or less penniless, for whom fame was only posthumous, when the genius left room for calculation. Today her works are sold for millions of euros, in auction houses where the paintings are treated like shares. The last example, was her Queen of Spades, sold last October at an exorbitant price. A curious destiny for a woman who lived in a reality made of poetry and vision, in the extreme and wild language of surrealist art. Painter, illustrator, editor, creator of innovative forms and expressions, Toyen was a complex and mysterious artist. An art name derived from the contraction of the French word citoyen – citizen – an apt name for a Prague woman who made the French capital her second home. “In a certain sense looking means being blind, because there are visible landscapes, and invisible landscapes” and it is in this ambiguous and subversive vision that the art of the greatest Czechoslovakian surrealist of the twentieth century fits. Looking at her paintings means sinking into a dreamlike subconscious, where geometric shapes, splashes of color and objects are assembled in an illogical way, for those who experience the world and see it in prose. But this art is quite something else, a lyrical insurrection inspired and animated by the animal world, by the forces of nature. Images tinged by a raw melancholy saturated with Central European expressionism, while at times its colours possess the naïve effervescence of the customs officer Rousseau, an artist equally capable of making reality slip into a dream. Toyen’s art is as eclectic as her life as a woman with a proud and intolerant temperament, who loved to present herself as masculine, a forerunner of gender fluidity in art as well as in her life. Born in the Smíchov district of Prague in 1902, she is one of the few women, if not the only one, associated with the great Czech avant-garde movement of the 1920s, the Devětsil. Some well-known names from this group include artist and writer Jindřich Štyrský, future poet and Nobel laureate Jaroslav Seifert, the constructivist architectural theorist Karel Teige, and the poet František Halas. And it was with Štyrský that Toyen experienced her first stay in France in 1924. Not a life partner, although she was always by his side, but rather an artistic partner, and a travel companion. The two, who arrived in the French capital penniless, lived in Montrouge, on the southern outskirts of Paris, when the neighborhood was still a pretty village of artists. It is there that Toyen and Štyrský organized their first exhibition. Štyrský was a man of many talents: poet, writer, screenwriter, but above all he was a notable visual artist who devoted himself to painting as well as graphic art, illustration and photography. He was the theorist and spokesperson for the “couple”, and the author of the posters they designed together. They developed the theorization of Artificialism, defined in an exhibition leaflet as “The identification of the painter with the poet”, in which the artist created poems without using language or as “an abstract consciousness of reality defined by poetic perceptions of memories”. Marked by innovative painting techniques, such as dripping or spraying paint through grids, molds and various objects, with Artificialism the couple tried to explore the material and evocative properties of painting. After this first artistic experience, decisive in Toyen’s artistic career, the two returned to Prague at the end of the 1920s and founded, in 1934, the Czech surrealist group, establishing links between local artists and their French friends André Breton, Paul Eluard and Louis Aragon. Toyen was to remain alongside Štyrský until the artist’s death in 1942. Meanwhile, during her stay in Prague, the surrealist who grew up artistically in both Prague and Paris, increasingly expressed an art form imbued with symbolism used to express lustful and sexual desires. In the thirties her paintings and drawings were full of ghosts, spirits, dreamlike objects, with a strong erotic accent flowing through it. It was in this period that she published several drawings in the Erotika magazine. It is certain that sexuality played a major role in the surrealist movement: Toyen expressed a particular interest in fluid sexuality; it seems that the artist presented herself as “ambiguously gendered”, alternating the use of skirts and men’s clothing.

During her stay in Czechoslovakia, before the war broke out, she was able to enjoy several short stays in France, accompanied by her Czech friends. At the time, the French capital was a melting pot of avant-garde artistic and literary movements. In addition to the surrealist friends she met in the 1920s, she met Max Ernst and Salvador Dalí among others. Upon returning to her homeland, troubled by the advent of Nazism, her painting became more anguished, her style darker. During the occupation of Czechoslovakia, she was forced into hiding. Despite the gravity of the situation, the artist was far-sighted and lucid. Unlike her friends from Prague, some of whom, like the poet Nezval, admired the Soviet Union, she foresaw, like a looming nightmare, what would happen in Czechoslovakia after the war ended. Thanks to her French contacts she was able to flee back to Paris before the Communist occupation of 1948. Since then she has settled permanently in the French capital. Toyen made this departure together with the second “partner” of her life, Jindřich Heisler. A poet, artist and surrealist photographer, Heisler was thirteen years younger than Čermínová. Of Jewish origin, he had escaped deportation by hiding first in the home of friends and relatives, then in the Prague home of his artist friend, where he spent most of the war. Together they lived for four years in a small studio in the Žižkov district, where Heisler is said to have slept in the bathtub. Once again the relationship between the two artists was quite ambiguous: although very close to each other, it seemed they were not actually lovers. Like Štyrský, Jindřich Heisler also died very young, in the early 1950s. From then on, the leader of the Czechoslovakian surrealist movement remained alone in the ville lumière. Here she continued to work with her longtime friends, André Breton, Benjamin Péret and other surrealists such as Annie Le Brun. Little by little, however, contact with the group became less frequent, especially after Breton’s death, and Toyen devoted herself more and more, in the end solely, to the illustration of books, an activity that she had never ceased to practice. At the end of her life, Toyen made friends with two younger French artists, a poet and a painter, who would take care of her during her last days. Before passing away, forty years ago now, she left one last message, cryptic, mysterious like her whole complex nomadic and dreamy life: “Here my blank page is now colored in green”. Today Toyen rests in her beloved Paris, under the grass of the Batignolles cemetery. 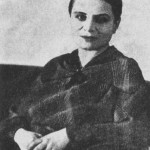 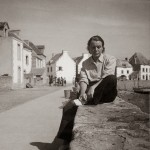 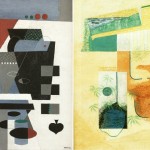 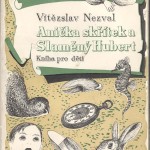