Home  »  Current Affairs   »   The fortune of a velvet divorce

The fortune of a velvet divorce

The revolution in November 1989 led Czechoslovakia in the delicate territory of the transition to democracy. It came out of it divided, but with a sigh of relief

Shadows remain, but considering the range of possible (and unforeseen) options, it was, and it should be remembered as a fortunate, successful revolution

After 25 years, that November in 1989 no longer causes fear – all’s well that ends well! Why should it ever have created fear? One word above all – unpredictability. The unpredictability of the end of a smooth, routine operation, so effective in crystallizing the lives of its inhabitants that almost no one (only an “almost” due to the dreamers and sly foxes lying in wait) had in mind a New Year’s Eve in 1990, which was so different from the previous year’s.

The unpredictability of the end of a project, of a defined order, no matter how terribly strict. Hundreds of miles south, the same unpredictability (same as 1989) had tragic consequences. Those who experienced the 1984 Winter Olympics in Sarajevo a few years earlier know it only too well, in a communist framework, the city symbol of the secular, peaceful coexistence of different cultures. Would a phantasmal conflict between Slovaks and Czechs, have sparked less surprise than what was expressed on the faces of the Bosnians at the first mortar shells?

The Balkans and central Europe, so different today, but once much closer. Yugoslavia and Czechoslovakia, were multi-ethnic states, created by the peace of Versailles and the end of the Austro-Hungarian Empire. Both of them were strongly scarred by the Second World War and the divide and rule of Nazi-fascism. As a result of being driven by feelings of revenge towards the Serbian majority, Ante Pavelić’s puppet state was born between present day Croatia and part of Bosnia and Herzegovina, and likewise, the Czechoslovak Quisling called Jozef Tiso, the Catholic priest who was President of Slovakia between 1939 and 1945, and ended up being hanged.

The atrocities committed by the Croatian Ustaša against their Serbian “brothers”, whose wounds re-emerged in the terrible nineties, are beyond comparison. However, one must not fall into the trap of considering the Slovak regime one of cheap authoritarianism.

A painful example: of the 58,000 Slovak Jews sent to Nazi camps in 1942, only 300 returned Regarding the Czechs, under the new jurisdiction of Bratislava, over 100,000 residents were expelled from the country and their assets confiscated. The story is told in a paper published in 2002 by Cambridge University titled “Understanding ethnic violence”, which includes a chapter on relations between Czechs and Slovaks, which are not always as rosy as we are accustomed to think.

The Communist pax romana silenced, both the north and south, and the internal strife, forcing an apparent oblivion of past crimes. Yet, nationalism moves according to political logic. Who, and in what way, would have exploited the ethnic differences in the power games, once the regime had fallen?

It was the end of 1989 and Czechoslovakia was waiting. Communism had fallen in Poland and Hungary, but it was the events in East Berlin which proved to be decisive. The Wall came down on November 9, on the 17th, the Velvet Revolution finally started. In a few days the communist institutions surrendered to the protests. Within a month, the leaders of the protests were appointed to positions of command, in a rather hasty but effective manner. Alexander Dubček, the unforgettable hero of 1968, became President of the Parliament and shortly after, Václav Havel, the number one signatory of Charter 77, became the President of the Republic.

It was obviously a temporary situation. The transition into the unknown is (in every revolution) an extremely delicate moment. The fall of the wall was the fall of the communist regimes in Europe, a call for participatory and liberal democracy: in a word, elections. How to create a new elite? On what basis? It was necessary for someone to step forward, before the voters with a political motive. A crucial moment. The moment of crisis in which nationalisms say to the voters: we are a group, they are outsiders. The moment in which they fan the flames of ancient grudges.

A few months ago, in spring 2014, the former President of Slovakia Ivan Gašparovič received a gold medal from Charles University in Prague for his “efforts in the development of cooperation and understanding between nations”. Despite today’s evidently peaceful relations between the two countries, Gašparovič was keen to stress relief and joy that the fears for the division were not displayed in the squares. We can take his words lightly, even in terms of diplomatic trivialities, but if we linger on it a while (the theme of anniversaries) we realize that the Velvet Divorce is a precious moment of recent European history. 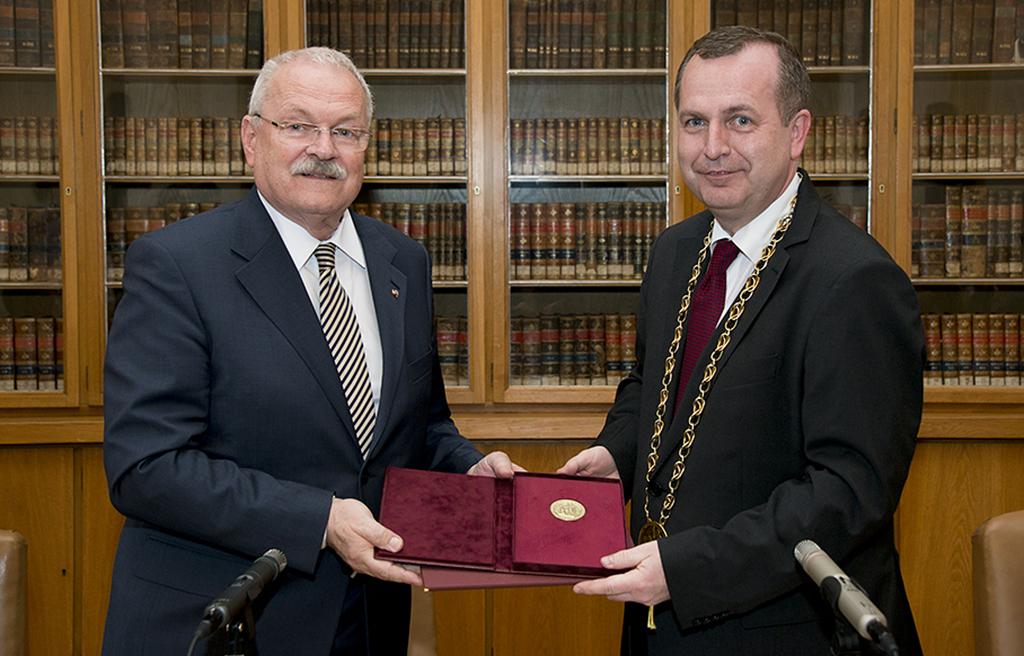 Especially in the current context, in which the continental scene is full of separation, real or desired, violent and non-violent: Scotland, Ukraine, Catalonia, Ukraine, Belgium, Basque Country, Georgia, Moldova to name those in recent memory. Where can one find a comparison with the Czechoslovakian merit or fortune?

One of the reasons (though nothing can be exhaustive in situations of such complexity) dates back to autumn 1989. In the turmoil of transition, nothing creates union more easily than finding a common enemy. The social sciences call the phenomen “othering” from the English word “other”, i.e. you create a movement in opposition to the foreign element. The enemy, so useful at times when someone is needed to blame, but without putting too much at stake. Likewise, Czechoslovakia found it in “communism”, more than in the regime, which was made and supported by an inert majority which was too large to be accused, so the enemy was the idea. This led people to deduce that this evil had been imposed by an external factor to the Czechoslovak people i.e. from the East, the Soviet Union. In fact many commentators spoke of the “return to Europe” of Prague, going home, to its true origins.

A movement that removed some historical stages (such as the fervor with which the Czechs embraced socialism in the elections of 1946), but yet extremely effectively. In this way, the country was able to minimize the internal strife, pointing decidedly to the Soviets as the spreaders of the disease.

Judging an entire population would have been insane, as well totally cancelling a possible ruling class. Diluting the responsibility calmed the waters, to the point of handling the clash between the two national groups with delicacy, with a “velvet”, to be precise, touch. Shadows remain, but considering the range of possible (and unforeseen) options, it was, and it should be remembered as a fortunate, successful revolution, the luck therefore being that it had a scapegoat!

The entusiastic movement against Moscow and the past, with a bit of confusion regarding the present, would be conveyed in the speech to the nation delivered by President Havel on New Year’s Eve of 1991. “We defeated the monolithic, visible and clearly identifiable enemy, and now, led by our discontent and the need to find a living culprit, let us find the enemy among ourselves”, and shortly afterwards, “Our society is still in a state of shock”.

Looking further at the division of Czechoslovakia and into the eyes of a “Yugoslav” observer, we note the absence of this “fortune”. The purification of Prague was not possible in Yugoslavia, where for forty years the government strongly clashed with the Kremlin. In Belgrade there were neither “men of Moscow” nor Soviet impositions. In no way was it able to appease the rise of internal antagonisms except through the terrible destruction of the state itself.

We could say that the satirical cartoon, which appeared a while ago on the Respekt magazine cover (December 2012), with Václav Klaus and Vladimír Mečiar, political sponsors of the respective factions (nations!), who divided Czechoslovakia not only in an arbitrary way, but an almost childish one. “No, I’ll take the Czech Republic, I said it first”, says Klaus recalling a division created ad hoc, undemocratic and forced, but nevertheless, a hindrance, that could not possibly have ended better.