When blind envy is Czech

In the balance between stereotypes, excessive self-criticism and truth, the title of chronically envious people is often attributed to the Czech citizens by themselves

It is customary to say that the grass is always greener on the other side, but from the Czech perspective, it seems, it is even greener. In fact, if envy is not a characteristic that can be attributed to a certain nationality, it should be noted that it is precisely the Czechs who often consider it as their typical characteristic. Many inhabitants of this country consider it one of the most widespread and psychologically disabling social diseases.

“Apparently we are more envious than in the other European countries” they say at Hypoteční Banka having summarized the data of a survey conducted in 2014 by Confess Research and Stem/Mark. A figure of 67% of people think that others do not deserve what they have, without exception even for their own family (25%). Again, according to the same survey, the identikit of the envious type is as follows: “A man aged between 18 and 29 years with secondary education, who lives in the small towns of the province”.

The most envied aspect? 84% agree in indicating money, something for which there are no distinctions between sex, origin, age or social position, while success and work follow, then cars and home. On closer inspection, they are the same things that normally cause angry attacks from the envious people in the whole world. 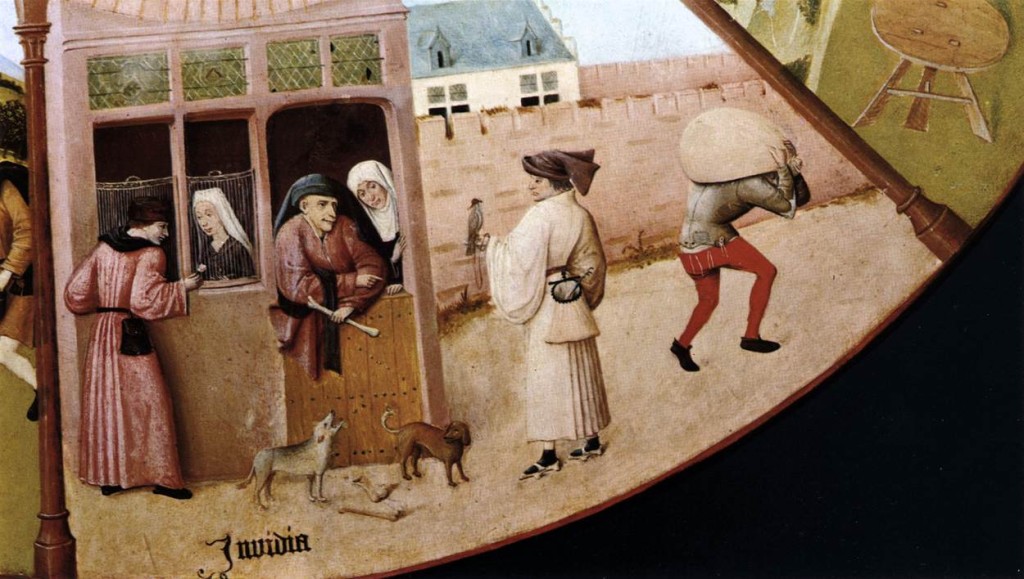 “The most envious of us are women”, confesses Bohumila, a lady aged just over fifty who we meet at Letná park, Prague, with her grandchild. “Until recently I envied friends because they all had grandchildren. And then there is the most important thing, health, especially if those who have it do not respect it”. A gentleman sitting next to her thinks envy is a legacy of the communist era. “They took away our national pride and instilled in the soul an ideology of hatred, envy and primitivism. It is a problem of our society, because the envious are dominated by a deep, continuous resentment that subtracts energies, serenity and condemns people to ruminate continuously, to feel defeated”.

But there are also those who do not agree. “We Czechs are your average people”, Karel writes on a blog where the theme has attracted a multitude of comments. “Tell me in which country people do not envy each other, get along well and are happy with the success of others… and I’ll move right away”.

Yet, the fact that this trait is even more noticeable in Czechs, is a long-held opinion. Already in 1992 in an investigation in which it was asked to indicate the characteristics of the Czechs, envy was one of the most popular (cited by 28% of those who had highlighted negative aspects).

The doubt that this is the case is also widespread among resident foreigners – why deny it. In 2006, Hans-Jörg Schmidt, a German journalist who has been living in Prague since 1990, has written an entire book on how the Germans see their neighbors. The title is Česko and the average Czech is described as a man who spends every free minute in the country chalupa, dedicating himself to DIY work, mushroom picking, and naturally, is envious.

“It is common to see envy appearing as a distinctive Czech trait even in European evaluations”, says psychiatrist Jan Cimický. It is a bit amazing if you think that this feeling is usually accentuated with the widening of the gap between rich and poor but in Czechia this gap is limited. It is equally true that during the communist era there was greater egalitarianism while the market freedom following in 1989 helped some accumulate unimaginable wealth and 77% of the Czechs had prejudices and a negative attitude towards the rich, considered by 61% as conceited and arrogant. These percentages emerged from the study “How the Czechs perceive the rich”, realized by the company Ipsos for Sazka. Only 27% admit they can work more than others and deserve what they have earned.

“I believe that this attitude towards the rich is linked to the transformations of the post-communist period”, explains Jan Sládek, a sociologist at the Charles University. “In the states of Eastern Europe it was usually believed that the nouveau riche owed much to external factors such as acquaintances who offered better places or gaps in the laws”. In fact, it is not the wealth itself that arouses jealousy, but rather “it makes us angry that many entrepreneurs have become rich thanks to theft and fraud”, as Ferdinand accuses in the comments appearing on the portal that the news reported, summarizing the thoughts of many. “We are not worse than others”, Jarin echoes. “We simply are not on their side. Look at the Baťa. It took generations to build an empire. How can a 25-year-old boy suddenly “earn” tens or hundreds of millions and legally?”.

It is no surprise then that envy goes hand in hand with a certain malevolence, and a third of people sometimes want those who are better to lose their property or social status.

There are those who minimize, or mindful of the maxim of Socrates for which “envy is the ulcer of the soul”, decide not to worry. “Everyone collects the fruits of his work. What the others have does not change my bank account, and in any case, we will not take anything to the grave”.  And there are those who think that envy has its advantages, because “envying someone forces us to commit ourselves more to show that we can achieve the same results”, explains psychologist Marta Boučková. One could, for example, work to make one’s home comfortable, the second most envied item overall, especially if owned. A fireplace, garden and terrace are further proof of personal success. Question of points of view.

Sometimes envy can be unjustified. “Having a house with a garden requires a lot of work and there is no time left for anything else. No holidays, just work, savings and savings. What is there to envy? I moved into the apartment and found freedom”, says Svatopluk.

In 2017, the insurance company Česká spořitelna carried out a survey to verify if things have changed, but from the results it seems that envy is always very developed. On the other hand, everyone knows and quotes the words of Aunt Envy, character of the film The Immortal Aunt (Nesmrtelná teta, 1993): “Happiness passes, Sense gets lost. Only I, envy, am eternal”.