Home  »  Current Affairs   »   Research and internationalization, the new (yet old) life of Brno

Research and internationalization, the new (yet old) life of Brno

About a fifth of the population consists of university students, and many of them are foreigners: Brno is now an important research centre for Central Europe. With broad growth prospects

Gregor Mendel began with his genetics experiments in the second half of the nineteenth century. Then physicist Ernst Mach, engineer Viktor Kaplan, dermatologist Ferdinand Von Hebra, mathematician Kurt Gödel carried out their observations. Many scientists, each of whom were the author of important studies in their own branch, and who had lived (or passed through) Brno during their lifetime. The Czech Republic’s second city, world famous for the circuit in which the MotoGP is raced every year, is in fact an important centre for research and innovation. Probably the most important in the country and one of the liveliest in this area of Europe. There are many research institutions here: St. Anne’s University Hospital, Mendel University (Mendelova univerzita) and the one related to Technology (Vysoké Učení Technické – the largest technical university in the country), the Central Europe Institute of Technology (CEITEC), Masaryk University (Masarykova univerzita). In total, they contribute, alongside other realities, to forming the incredible basin of 80,000 university students for a city of just 370,000 inhabitants. 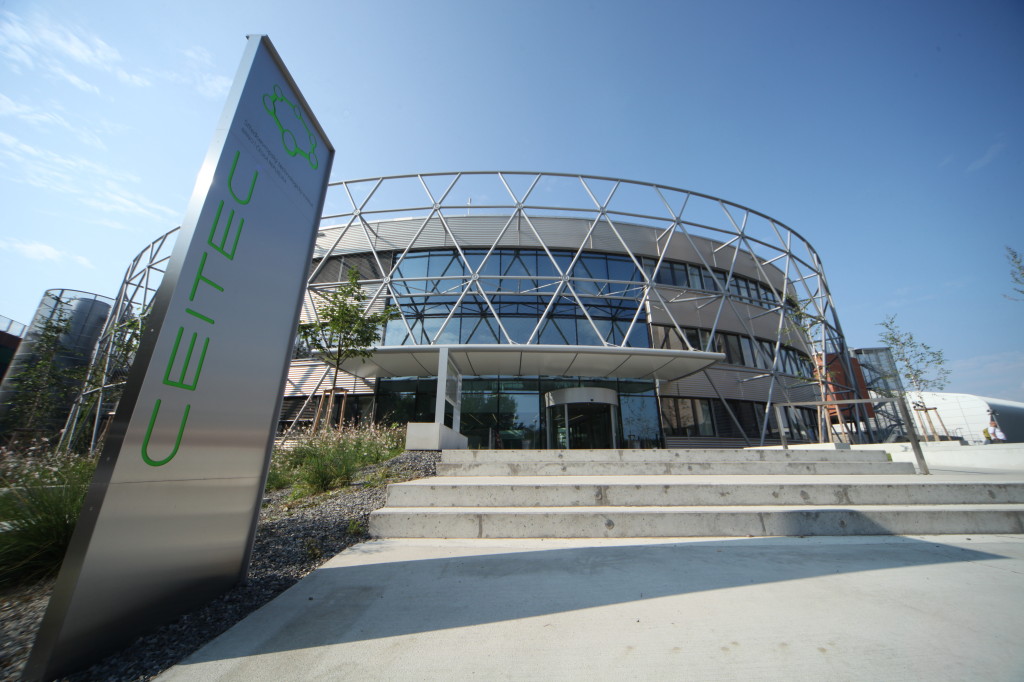 CEITEC has just ended up on the pages of several European newspapers for the exemplary management of EU funds, well used in the construction and development of a centre of excellence. Entering the structure that houses it, you immediately notice the pervading silence. A silence that creates an atmosphere similar to that of a church, where however, faith is placed in science and the calm is instrumental in keeping alive the concentration of the researchers within it (over 500 scientists and doctoral students). The institution, which is part of the largest university in the city, the Masaryk University (MUNI), has obtained some prestigious contribution over the years (including three ERC Grants, grants from the European Research Center, for three of its researchers) and attracts scientists every year from every part of the globe. Today in CEITEC among the many things studied, there is the behavior of viruses and bacteria that infect human respiratory tracts.

The technology centre has contributed much to the growth of the university to which it belongs, which takes its name from the first Czechoslovak President, Tomáš Masaryk, who spent so much time on the foundation of this academic institution. For many years, at least seventy, the commitment of the president-philosopher Masaryk seemed to be almost in vain. The MUNI had indeed to go through difficult years, consisting of contrasting opinions on the choice of Brno as the seat of the second university in the country, violence towards teachers (a quarter of science professors were killed or tortured by the Nazis), purges, closed faculties and political pressure during the communist regime. Even for this troubled past, the growth of Masaryk University appears surprising today, and is considered exemplary by the European University Association, one of the most prestigious community realities in the academic sector.

Curious to find out the reasons for this rapid development, we met its rector, Mikuláš Bek, also thanks to a communication office that has always proved to be helpful and professional. Bek will conclude his second term as head of the university in September and will devote himself exclusively to the office of senator, leaving to his successor, the neurologist Martin Bareš, a MUNI ranked among the top 600 universities in the world which today has new and modern facilities. These include the Bohunice campus, an imposing complex of buildings with herringbone architecture, which houses some of Masaryk’s nine faculties. According to Bek, the growth of Brno as a centre of research and innovation is “the result of a work of cooperation between municipal, regional and academic institutions, and some companies, together with the chamber of commerce (ed. the second university of the country today can count on partnerships with large companies rooted in the city, such as, for example, KB, Starobrno, Esox, NeoVize, Reehap and Raiffeisen Bank). A commitment that arose in the 1990s, when after the collapse of communism and in the midst of a crisis in the traditional productive sectors of the city (heavy industry, textiles, ceramics and machinery), it was agreed to transform the Moravian capital into a fertile context for innovation that based its strength on the exaltation of human capital”. This path, according the rector, has been, and still is successful “thanks to the size of Brno, certainly large enough to be the second most inhabited centre of the Czech Republic, but small enough to easily build (and sometimes informally) profitable relationships between the different local realities”.

But the strength of scientific Brno also has another raison d’être: internationalization. This is demonstrated by the numbers of St. Anne’s University Hospital, which also has two Italian researchers at the helm, as Principal Investigator, of three research groups, of CEITEC and Masaryk. The latter, in 2018, hosted over 1,500 foreign students, with an incoming and outgoing flow to other universities which exceeded 3,500 units, out of a total of 35,000-40,000 university students. The same applies to the number of researchers attending Masaryk’s offices and laboratories: around 50 nationalities represented, and hundreds of foreign employees paid by the Moravian institute. In the aforementioned CEITEC, 37% of the 276 scientific researchers come from abroad, and the percentage rises to 40% in the case of doctoral students. Even the highest spheres of the institute’s organizational structure see the involvement of a consultative body made up of non-Czech members, the International Scientific Advisory Board.

If the main consequence of this strong international presence is to guarantee the university a culturally rich context, an important environment for research and innovation, there are others that are relevant nevertheless. One of these is the international reputation, a factor that according to Bek, “enables the university to possess appeal to scientists and students and reliability in the eyes of professionals who are periodically asked to evaluate and review world universities”, thus impacting the path of part of the funding.

Being curious to discover the institution from different points of view, we then met Tommaso Reggiani, a thirty-five-year-old originally from Milan who now works at the Department of Public Economics of MUNI. After studying in Milan and Bologna, Reggiani was a researcher and assistant in Germany and France before attending and passing the selection of Masaryk as Research Associate. Here he deals with the teaching of microeconomics and behavioral economics for about 30% of his time and research for the remaining 70%. The research carried out together with the team to which he belongs is particularly interesting, and takes place in some of the most modern laboratories of the university. His studies in fact concern behavioral economics and combine the norms of economic and psychological sciences with ethical issues. To the observed sample they ask to make decisions based on monetary incentives, but also influenced by the presence of ethical and moral dilemmas, thus analyzing a path that is barely beaten by economic research. Reggiani told us that he had replied to an email from MUNI inviting him to apply for the role of researcher, and today, two years after his arrival, he is quite clear on what are the strengths and weaknesses regarding the Italian context. One of the strengths is the incentives to do research. For Reggiani, at Masaryk, “the meritocratic system of the funding and structure of researchers’ salaries (a fixed part for teaching, another dependent on the quantity and quality of studies and experiments carried out) makes the creative and research efforts rewarding. In Italy, on the other hand, the payment for the professors ends up being similar to the Czech in the amount, but not in structure, since the fixed amount dedicated to teaching is already high and almost all the stimuli for research are lacking”. The second and perhaps most important advantage of Czech universities, particularly MUNI, concerns bureaucracy. The academic bureaucratic machine is streamlined and aimed at supporting researchers in their different operational needs: for the Italian researcher, in fact, “the administration is fluid, with precise deadlines and a responsible and transparent management of the funds”. And this aspect is of fundamental importance, because it reduces the presence of abuse and illegality.

Not everything, however, is a bed of roses in the Czech Republic. According to Reggiani, “despite the marked innovative potential of Czech scientific institutions and the commitment dedicated towards it by a good part of their leadership, some intermediate-level academic choices seem to be victims, not rarely, of a certain self-referentiality, and oriented more to short term goals”. And this could, at times, put the Czech system at a disadvantage in a very competitive international context. On the other hand, and despite the above-mentioned problems, Italy has a better academic perspective, with the results of its scientific research remaining at a high level. And it is the rector himself who shows appreciation for a part of the Italian university system, when he cites Trieste as an example to follow for Masaryk: a relatively small, simple university of internationally recognized quality. According to Bek, it would not make sense to have as a benchmark centres like the CERN or Oxford, because Brno is indeed an important place of research and innovation in the Czech Republic and Central and Eastern Europe, but it would be unrealistic to think of competing with contexts that historically and scientifically represent something unique in the world panorama.

In any case and even viewing the case pragmatically, Masaryk University is destined to grow more, and the entire Brno scientific system alongside it. The economic development of the entire country and the meritocratic and transparent management of (but not only) the research funds, seem to be fundamental cornerstones for this growth, with very rosy prospects for the future. And on a related subject, this year the MUNI celebrates one hundred years. We wish them a happy anniversary! 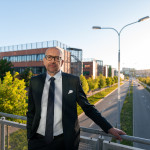 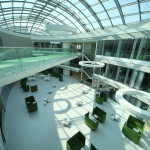 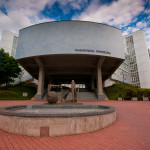 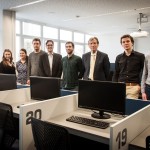