Sobotka licks his wounds and tries to start again

A year 2017 consisting of seemingly impossible challenges for the prime minister, who will try to avoid the social democrat election downfall, by facing up to the overwhelming popularity of Babiš. All opinion polls are adverse, but the “mastiff” Sobotka, intends to prove that he is a politician with seven lives. His focus is workers, taxes and economic growth, while trying to confirm himself as a reliable partner for Brussels

Stunned by the autumn regional elections results and for the renewal of one third of the Senate, Bohuslav Sobotka, the Prime Minister and leader of the Social Democratic Party, who has shown to be a real political “mastiff”, has not taken long to lick his wounds and roll up his sleeves.

His first test-bed will be that of March, during the Social Democratic Congress, when he will need to re-launch the ČSSD party in view of the crucial challenge in autumn 2017, namely the elections for the renewal of the Chamber of Deputies.

He has two “enemies” to beat: the disaffection of the Social Democratic electorate and Andrej Babiš who, with his Movement of disgruntled citizens (ANO), is ahead in all the opinion polls.

With these clear concepts, just after the October elections, Sobotka started arranging a considerable political repositioning: on the one hand with a government reshuffle, albeit very small and involving only two ČSSD ministers; on the other, with a series of leftist declarations, demanding an increase in employee salaries and higher taxes from large companies and even the possibility of a reconciliation with President Miloš Zeman and finally, confirming his role as a reliable interlocutor for the EU in Central-East Europe, especially in the Visegrád Group. These are the cards being played by Sobotka that, presumably, he will play from now till the 2017 autumn elections. 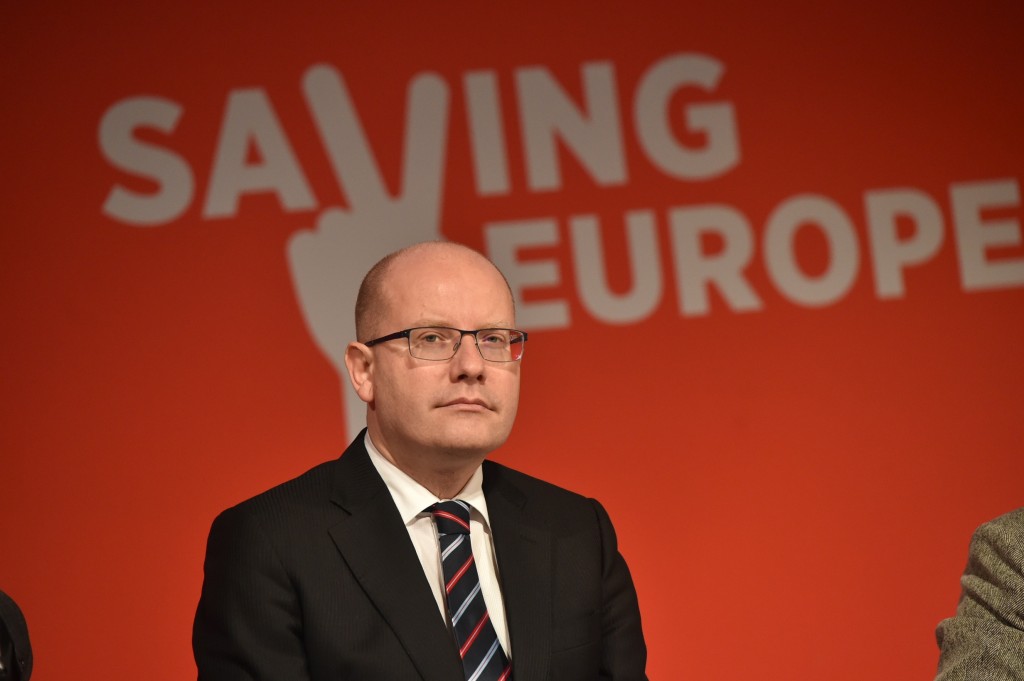 But first things first. The prime minister, whose party – according to some of the latest polls runs the risk next year of gaining half the votes of the successful ANO of the populist Babiš – wanted to prove that he still has a firm hold on the reins of the government, by carrying out a mini cabinet reshuffle. After dismissing the ČSSD ministers for Health and Human Rights, respectively Svatopluk Němeček and Jiří Dienstbier, he started a tête-à-tête programme of talks with each of the other ministers, weighing up the results gained so far and those that still remain unachieved. He has not been able to carry out his proposal to replace the Transport Minister, Dan Ťok (ANO), defended by Babiš, however, through this activism, Sobotka intended to show that he is not a diminished prime minister and that he has no intention of being cornered by Babiš.

Soon after the October electoral defeat, Sobotka counterattacked politically, showing to be, for example, more proactive on the taxation issue. He also hinted at a possible return to progressive tax rates for individuals, whilst for companies, he has demanded an increase in tax rates for large enterprises, primarily banks, telecom operators and large energy companies. These companies are often foreign-owned, so Sobotka’s goal is also to contain the amount of billions that are sent out of the country in the form of dividends, and to make sure this money remains in the Czech Republic.

Sobotka’s aim is quite clear: to regain ground and support among traditional social democratic voters, by promising lower taxes to citizens, better standards of living and higher salaries. On this last front, however, the prime minister did not wait long before delivering a sensational blow: his main target – that caused quite a stir – was the Dutch retail chain Ahold, the largest operating chain in the Czech Republic, with more than 17 thousand employees. Sobotka has directly asked for an increase in salaries, in order to reduce the difference between the level of salaries that the group pays in Western countries. Obviously, Sobotka cannot oblige Ahold, the owner of the Albert supermarkets, to increase salaries, but his stance has placed the spotlight once more on a strong argument of the election campaign in the Country, where salaries and purchasing power are still far below the EU average.

“We have to try and increase salaries, to avoid just being a low-cost assembly line –the prime minister stated after a meeting with the trade unions and the management of Ahold. – I support the Ahold employees, because I appreciate the fact that they have voiced their discontent”.

According to the unions, the staff at the Albert supermarkets in the Czech Republic –particularly cashiers and shop assistants – earn about 13,500 crowns a month, around 500 euro, compared to a national average salary of about one thousand euro.

In Sobotka’s repositioning, fundamentally important is the amount of support he will receive from within his own party, the ČSSD. After the election slip in which the Social Democrats gained only two of the 27 seats at stake, the March congress party meeting sees Sobotka as sole candidate, together with the deputy chairman, Interior Minister Milan Chovanec.

The latter is pressing, above all, for Sobotka to attenuate his contrasts with President Zeman, also indicating the possibility that the Social Democratic Party will support the current head of state should he re-present himself as candidate for the 2018 elections. “Our political opponent is Andrej Babiš. We cannot afford to have another front with the Castle”, said the minister for Internal Affairs, seeking to put an end to Sobotka’s controversy with Pražský hrad. An aim that has achieved some results, considering that Sobotka has admitted the possibility of supporting Zeman, should he reach the presidential ballot against a non-ČSSD candidate.

However, a few political commentators see the fact that Sobotka is the only candidate for the Social Democratic leadership as a disadvantage, an Achilles’ heel of the party, rather than an element of unity, a candidacy that was chosen because there was a lack of alternatives, and therefore, a weak choice from the start in the fight against the dynamic Babiš. Despite the rhetoric of a number of internal members, who attacked Sobotka after the vote, none of the ČSSD political factions, however, has proved to have enough power and unity to present a credible anti Sobotka candidate.
Lately, the prime minister has also had to ward off other types of attacks, as in the case regarding the Chinese money, that allegedly has been used to finance his party. According to the doyen of Czech journalism, Petr Nováček, commentator of the Český rozhlas state radio, the Social Democrats, as well as President Zeman, have received funds from China, a country from which investments worth billions might arrive here in the Czech Republic in the next few years. This is supposed to be the reason why both the Castle and the prime minister have been willing to help Beijing. And this would also explain the immediate reaction last October on the part of both Zeman and Sobotka who censored the meeting in Prague between the Minister of Culture, the Christian Democrat Daniel Herman and the Dalai Lama. The reaction by minister Chovanec against Nováček was sharp and clear, he spoke of “lies”.

The last front to be reckoned with, for Sobotka’s seven lives, is the international one. On the Central-East Europe chessboard, the Czech prime minister remains one of the leaders that Europe knows it can rely on. Even within the Visegrád Group, that also includes Poland, Hungary and Slovakia, the Czech position remain the most moderate, less nationalistic and anti-EU. This is a point in favour of the prime minister who has thus earned the approval of Brussels. Changing the guard of the country, in a populist sense, might modify this balance and render the V4 block even more subversive within the already fragile European balance, a circumstance that the EU would certainly not appreciate. However, as we very well know, it is the Czech citizens who have to vote and the voice of Brussels is not always well heard at these latitudes, not even in Prague. 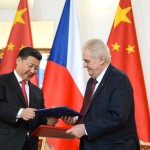