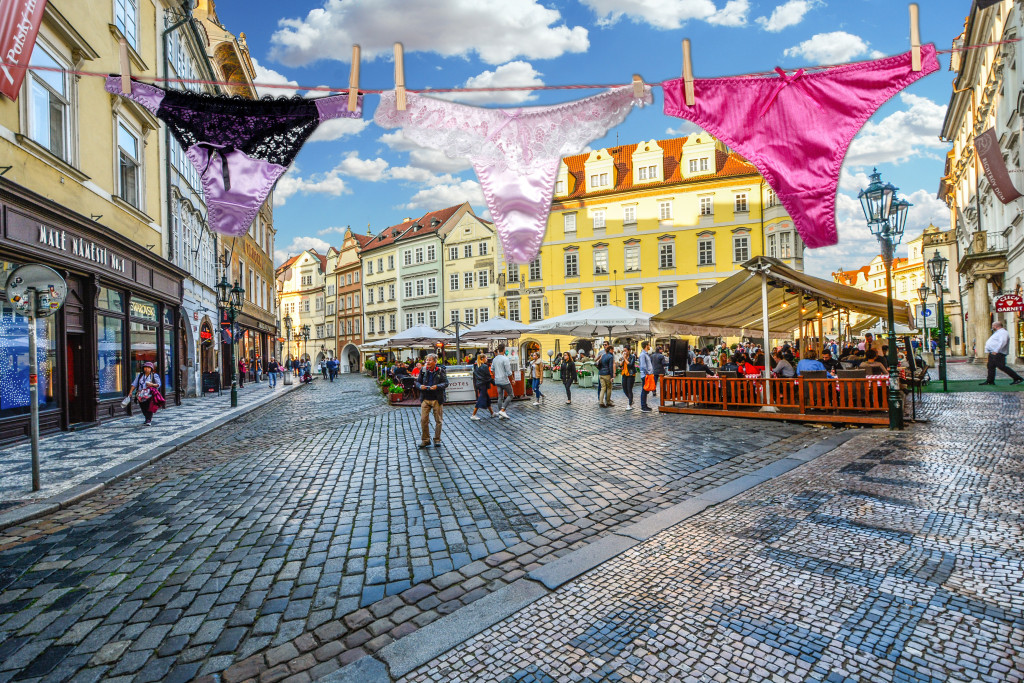 The pornographic industry represents a massive phenomenon in the Czech Republic, of which WGCZ appears only as the tip of the iceberg. An iceberg, however, that has chosen to remain completely submerged, far from the prejudices of a too prudish world society in public, which however, privately enriches the numbers of about 30 million hardcore sites, which together reach the impressive figure of 300 million daily visits. An industry that constantly struggles with the problem of piracy and the overwhelming power of the web, but which nevertheless manages to achieve a global turnover of between 14 (according to the American CNBC network) and 100 billion dollars (as reported by several studies, including one from 2006 by NBC). Uncertain data for an ever-changing economic sector, allergic to sector studies and financial reports.

But why is the Czech Republic today one of the world’s biggest pornographic industry hubs? Why is Prague considered the European capital of red-light productions, capable of undermining even the absolute primacy of California? The reasons are numerous and of different nature.

Another reason for the development of the pornographic industry depends on the country’s excellent technological and digital infrastructure. The Czech Republic is home to major ICT companies, which can take advantage of over 6,000 students who graduate each year in this field, and can boast a strong presence of fiber optics, which allows the Czechs to be among the top ten countries in the world for Internet connection speed. In addition, the Czech Republic ranks first for information security, according to the National Cyber Security Index. All this makes it easier for companies like WGCZ, which need human and technological resources to implement sites capable of moving 30% of the total web traffic. From a future perspective, this feature could further contribute to the development of porn in Prague, if as it seems, the new frontier of adult content will be virtual reality.

Among the factors increasing the attraction that Prague exerts towards adult film companies, there are also the recent difficulties of the old masters of the sector, the Californians. In 2012, Los Angeles lost some important producers, who moved to Europe because of a law, which was later canceled, according to which the actors should have worn a condom in every sex scene. Such a circumstance would have greatly reduced the appeal of videos produced in the States, because internet users do not like the presence of condoms in porn. If there is therefore a more restrictive American law on the other side of the Atlantic, there is much less strict Czech legislation on this side of the Atlantic. Having sex in public, in the Czech Republic, involves a maximum fine of only 5,000 crowns, trifles for the giants of pornography, who pay what is due with one hand, while with the other they film all the hardcore scenes they need throughout the streets of capital.

In conclusion, it seems that, despite the discretion of the major players in the sector, the pornographic industry in the Czech Republic records numbers and successes so great that it cannot go unnoticed, neither in the eyes of society, let alone those of the Czech economy, which can take advantage of the demand for human and technological resources of pornographic companies to increase their volumes. Besides, if the producers really like to shoot erotic scenes in public, you could also happen to find yourself in front of them. And, in that case, it won’t be easy to turn away to the other side.